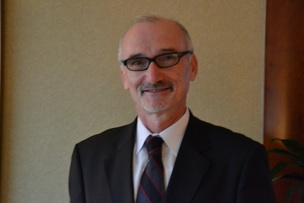 Since this interview was written, John has moved back to Europe to be GM of the Park Hyatt Mallorca.

It was a great honour to meet John on our recent visit to Dubai. Honour indeed is the word which I think captures the spirit of this extraordinary man. He has been honoured by the Sultan of Brunei, receiving the title Darjah Paduka Seri Laila Jasa for his services to the Sultan during his time in Brunei. He was also honored by the Sultan of Pahang, Malaysia and holds the title Dato. John is a Scot and still maintains a home in West Scotland despite his very extensive travels. Although his area of responsibility includes Park, Grand and Regency hotels, as well as other Hyatt property developments as yet unadvertised but soon to be revealed, he is a family man both personally and professionally. Whilst making the time to meet us, he fielded telephone calls from a daughter unsure which fuel to put in the boat back home in Scotland (she was taking a group of friends fishing) and another about a member of staff being admitted to hospital with an acute abdominal condition. He managed the competing demands on his concentration with grace, efficiency and warmth, never missing a step. Father, manager, colleague, leader and never a twitch of impatience with the complex demands.

Whether such grace is born or bred is unknowable, but John has had a long and varied career which has honed his skills to perfection. Beginning as a chef apprenticed at The Reform Club in London's Pall Mall (by the way, the first traditional gentleman's club to admit women on equal terms) under a very strict Italian Chef de Cuisine, John has spent much of his life in some very high class environments. After a spell serving on Royal Caribean Cruises, he worked at The Churchill in London long before it joined the Hyatt Portfolio. An adventure in Malawi followed before moving to Kuwait and then the Hyatt Regency (then newly opened) in Dubai. He was immediately dispatched to work in Saudi Arabia before moving on to Brunei, Singapore, back to Brunei, a spell in Korea and ultimately back to Dubai where he was appointed GM in 2008.

John is extremely proud of the hotels he manages and has an impressive grasp of both the broader vision and the details. We talked for some time about the green credentials of the developments in Dubai from energy efficiency through grey water installations (including those retrofitted to The Regency), the economic downturn, room occupancy rates and so on. His grasp of details was faultless. He was equally at ease though in discussing the legendary Hyatt (Pritzker) Family approach to staff development and thence to the customer interface. We discovered a mutual interest in the life and travels of Wilfred Thesiger, one of, perhaps THE last great English explorer. I had read "The Life of My Choice" as a student and been inspired by Thesiger's refusal to compromise with modern society. John was not only aware of Thesiger's life but understood in depth the relationship between British and Arab culture and demonstrated he had taken the trouble to read extensively, always seeking to make a connection with the culture wherever he has plied his trade.

The comparison between the Grand Hyatt Dubai and Park Hyatt Maldives is an interesting one. Superficially very different properties, both provide a luxury hotel experience whilst minimising impact on the environment. The 3 Hyatt properties in Dubai for which John is responsible (4 now that the Hyatt Place is open) recently won the Hyatt International Environmental Award for their use of a solar farm, condensation capture and grey water usage - impressive in a location where energy is cheap and the natural environment is not necessarily the top priority.

John sees the Grand Hyatt Dubai as a city conference resort. As mentioned on our review, the hotel has expansive conference facilities including the Residence facility, ideal for entertaining groups of up to 200 as well as larger facilities suitable for international conferences. In future, John would like to see a second residence added, with indoor and outdoor areas, in addition to expanding the ballroom by adding a terrace - perfect for the balmy Dubai evenings. Other developments John believes would enhance the already impressive facilities include the addition of three large Presidential villas in the grounds, with separate staff and private access, ideal for larger families.

John is realistic about the challenges of operating a hotel in such a competitive city as Dubai. The Grand Hyatt was conceived 12 years ago, when there were few independent restaurants in Dubai, hence the plethora of good eating places in the hotel (with 14 food and beverage outlets, we can't think of another Hyatt offering more choice). It seems a new 5* hotel opens in Dubai every month, with many going to extremes (for example, plans for a new underwater hotel were recently unveiled). As such, John recognises that it is important to be bold and to allow no complacency, despite the success of the Hyatt hotels in Dubai.

The service at the Grand Hyatt Dubai was phenomenal and we believe that staff attitude is led top down. John Beveridge is a true leader and an asset to Hyatt. We look forward to returning to the hotel soon and strongly suggest anyone planning a trip to Dubai to stay in one of the Hyatt properties there.